Over the years, Growatt has established an extensive service network with 13 offices and warehouses around the world. The company has also built strong and experienced local teams in key markets, such as Europe, Australia, India, and the Americas. In Netherlands, Belgium and Australia, Growatt has been awarded Top Brand PV Seal by EuPD Research from 2018 to 2020.

The Top Brand PV Seal awards recognise the leading position of Growatt in terms of reliability, market penetration, brand awareness, satisfaction etc. The smart and powerful MAX inverter of Growatt has been given All Quality Matters award by TÜV Rheinland. Their inverter ranked No.1 in its PVE test program for high power commercial and industrial PV inverter. By the end of 2019, Growatt has shipped over 1.7 million inverters to over 100 countries and regions worldwide.

According to the reports released by Wood Mackenzie and IHS Markit, Growatt ranked in top 10 global PV inverter suppliers in 2019. In addition, Growatt was among the top 3 for global shipments of single-phase PV inverters and top 5 for three-phase string inverters. 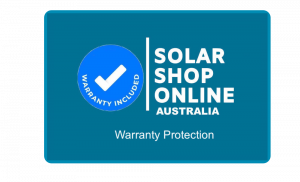